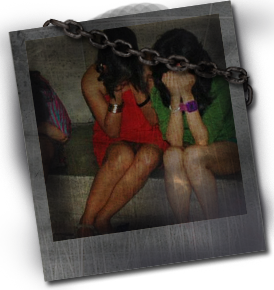 Location: WASHINGTON STATE (USA)
Who is implementing policy?
State Government
Who is behind this?
State Legislature & Pro-cannabis lobby
What went on?
Where we at - 12 month update
MARIJUANA POLICIES STILL CHAOTIC
Where we at - 24 month update
Lessons after 2 years
Where we at - 48 month update
"Data compiled in this report shows that the decision to legalize marijuana was not without harm," said Dave Rodriguez, executive director of NW HIDTA. "Unfortunately, many of the reported outcomes show the exact opposite of the goals that sold the initiative to voters. We now see clearly that marijuana is increasingly hurting our youth, black market sales have not disappeared, the amount of crime due to marijuana has actually gone up and Washington has become a net exporter of cannabis to other states."
For complete report go to... Washington State Marijuana Impact Report 2016

Location: Jamaica
Who is implementing policy?
Government
Who is behind this?
Still investigating
What went on?
(Click here for Report)

Location: The State of Colorado, U.S.A
Who is implementing policy?
State Legislature
Who is behind this?
NORML
What went on?
LESSONS LEARNED
2012 Annual Report
Where we at - 12 month update
(Click here for Report)
Colorados New Attorney General: Pot Legalization Not Worth It "Dont buy that argument", she told her peers. "The criminals are still selling on the black market. ... We have plenty of cartel activity in Colorado [and] plenty of illegal activity that has not decreased at all."
Legalization not worth it
Crime Up in Denver!
Colorado's troubles with pot (CNN)
Welfare Cash for Weed!
Colorado on a high from dope taxation
August 2014 Legalization of MJ in Colorado the Impact
Where we at - 24 month update
Lessons after 2 years

Colorado opened commercial marijuana stores in January, 2014. That year also saw the following, according to the report:a 29% increase in the number of marijuana-related emergency room visits,a 38% percent increase in the number of marijuana-related hospitalizations,30 injuries from THC extraction labs (also called BHO labs or hash oil explosions), compared to 18 in 2013 32 fires from THC extraction labs, compared to 12 in 2013. (The number for these BHO explosions are still much smaller than in California, where medical� marijuana is the industry.)There were 16 marijuana ingestions among children under 12 last year, compared with two in 2009.

Comment: Sounds good for starters. Almost same revenue as alcohol excise, we know the excise from alcohol goes nowhere near covering costs of damage of that drug � we shouldn�t expect any different from this. - "The Australian"

The Marijuana Industry�s War on the Poor

Location: Uruguay
Who is implementing policy?
Federal Government
Who is behind this?
Still investigating
What went on?
(Click here for Report)
Where we at - 12 month update
Legalization in Uruguay and Beyond Report

Continued Opposition to Uruguay Marijuana Law a Challenge for Govt

Was Legalizing Marijuana a Good Move for Uruguay? The Jury Is Still Out

Location: Canada
Who is implementing policy?
Federal Government
Who is behind this?
Conservative Government?
What went on?
Budding business: Health Canada presides over birth of billion-dollar free market in marijuana (Click Here)
Where we at - 12 month update
Organized crime 'may infiltrate' new pot regime

The national discussion on the legal status of marijuana has been a hot-button issue since Colorado became the first state to legalize its recreational use and retail manufacturing and sale in 2012. Since then, Washington, Alaska, Oregon and Washington, D.C. have also legalized recreational cannabis use for adults. Since 1996, 25 states and Washington, D.C. have legalized cannabis for non-FDA-approved medicinal uses for a variety of conditions and another 15 states have cannabidiol (CBD)-specific medical marijuana laws that provide affirmative defense for patients who use low-THC, high-CBD cannabis extracts for specific conditions. As more and more states move to legalize marijuana and other cannabis products for either medicinal or recreational use, and as Congress considers bills intended to facilitate research into the potential therapeutic effects of marijuana, ASAM is taking the following actions:

‘One of the key mantra’s of the pro-drug lobby is ‘the war on drugs has failed’ and, consequentially the only option left to us now is to decriminalise or even legalise currently illicit drugs.

The relentless use of this ‘one liner’ has become a veritable ‘meme’ to the point that it is passively accepted, even by the some of the ‘weary’ wise!

However, one must put up a serious and significant ‘red flag’ in this now precarious place – a red flag of caution.

What if we piloted this program, what would be the result? Of course the empiric evidence for a ‘successful trial’ of this action has been sort, but not really found. Some would point to the Portugal foray into this space as a type of ‘pilot’ but it that’s the example, then the answer is done - it failed. See for yourself… looking at the facts and using the research posited as evidence for success, we show you that ‘success’ has different definitions depending on which planet you’re on!

1) Was there a war on drugs and did it really fail?

2) Is it wise to unleash a social experiment on the incredibly underequipped demographic that is ‘Generation Next’ and what will that cost?

3) What guarantees will the anti-prohibitionists give that our societies will be better off after legalisation of drugs? Will they guarantee that there’ll be, if no, then less damage to, life, relationship, economy, productivity, family, children, well-being and human potential? And of course the big question…

4) Will they be willing to be held accountable for the outcomes they are promoting?

These, by the way, are just a few very short preliminary questions, there are many more issues that need to be addressed before we set the lead lemmings over the cliff of dysfunction.

We will continue to post and monitor the implementations, research and outcomes from an legalisation/decriminalisation policy and, as best as we are able, keep you updated on ‘progress?’


The so called 'progressive agenda' appears to be all about; "trying something 'different' and 'to hell' with consequences". The 'spin' on the apparent 'benefits' of legalising, particularly Cannabis, is frenetic, yet shallow, by this noisy minority. What is more concerning is there seems to be zero responsibility or accountability for the detrimental outcomes of these social experiments. The following website and the OFF THE CHAIN monitoring blog are set up to keep at least some scrutiny on this attempt to unleash insanity!